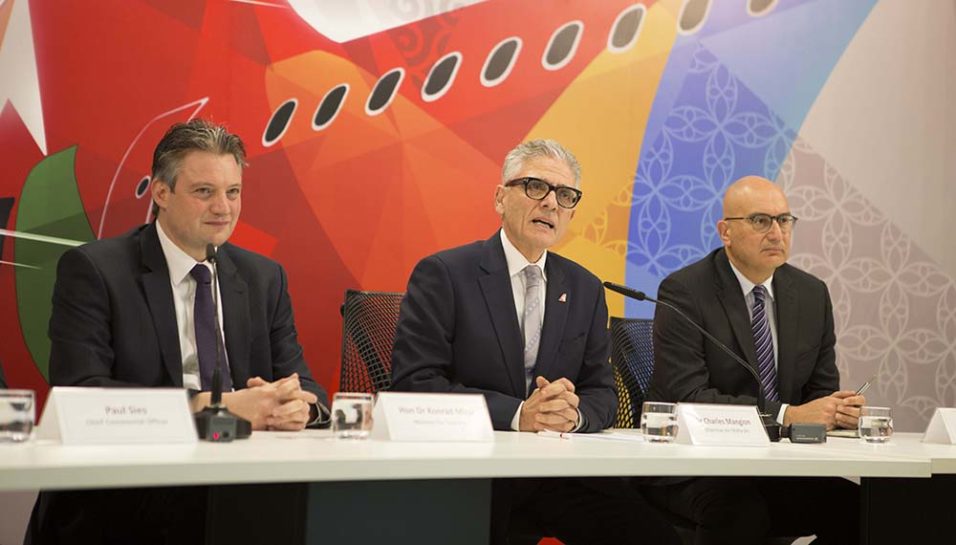 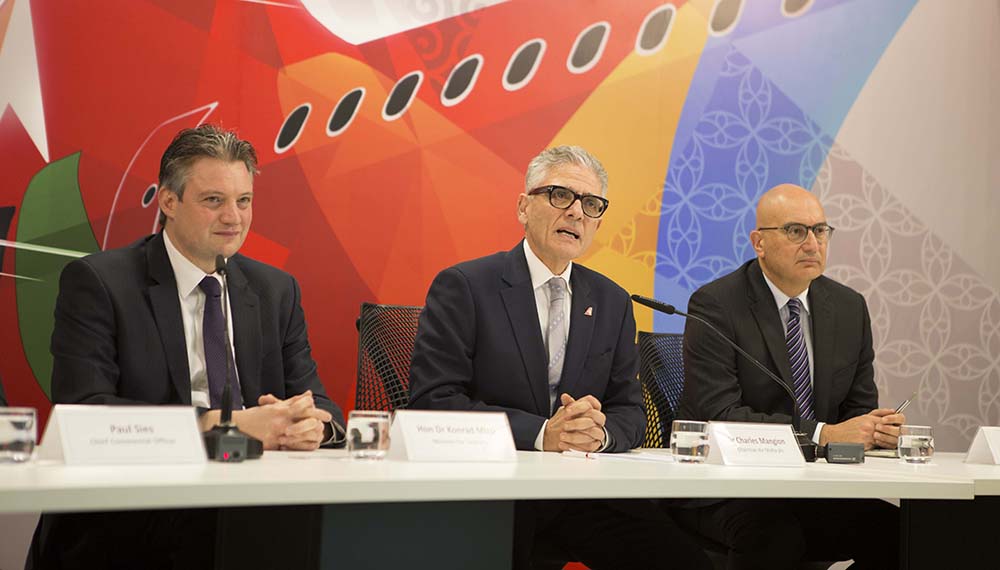 The flights, which commence as from the 4th May 2018, were announced today during a press conference held at the Airline’s Head Office in Luqa.

“London’s Southend is the 3rd London airport we serve. Southend is unique and considered to offer the easiest access to London with its direct train connection which brings you in 40 minutes to the city. The biggest advantage is the airport itself which allows 20-minute check-in and in just 10 minutes after arrival, you will be on your way to London. We believe we will serve a totally new clientele coming from the broader catchment area of London. Besides this unique new route to London, we are thrilled to offer another new destination from Malta. We believe Cagliari is a great addition to our offering from Malta and think many Sardinian’s will discover the Maltese Islands and vice versa. We are also today announcing added frequencies on Catania on which we are currently operating an average of 22 weekly flights – a record number of frequencies to/from this airport. ”

Mr. Glyn Jones, CEO of Stobart Aviation, owners of London Southend Airport added: “We are delighted to welcome Air Malta to London Southend – the UK capital’s best and fastest growing airport. With our multi award-winning facilities, fast and frequent train services to London and market-leading record for punctuality, we look forward to providing great service to passengers from Malta, Sicily and Sardinia alike.”

Mr. Alberto Scanu, Cagliari Airport CEO added: “We are very satisfied with the partnership with Air Malta and we are happy to welcome this important airline in the main airport of Sardinia. The new connections between Cagliari, Malta and London Southend will help to make our two beautiful islands in the Mediterranean much closer and will open new possibilities for connecting Cagliari and London, through one of the airports better connected to the city center “.

Air Malta’s Chairman, Dr. Charles Mangion said: “Today we are announcing a milestone in the new Air Malta strategy. We are announcing today flight services connecting Malta, Sicily, Sardinia and London Southend. This is great news for the Maltese, Sicilians, Sardinians and British tourists alike who now have the opportunity to visit these destinations through Air Malta’s services. Today’s announcement is another step forward in the strategy to connect Mediterranean regions with the rest of Europe. To operate this ambitious schedule we are leasing in our 10th aircraft for this coming summer season. Indeed these are interesting times for Air Malta.”

Minister for Tourism Dr. Konrad Mizzi commented, “This is a significant day for Air Malta and a further important step towards establishing Air Malta as the Airline of the Mediterranean. As a Government, we are committed to the airline and are fully supporting its growth strategy since we believe that it is an important pillar of our tourism economy. This is why we are constantly looking for new opportunities in new regions and markets in order to enhance Air Malta’s network and increase the number of routes offered by our National Airline.”