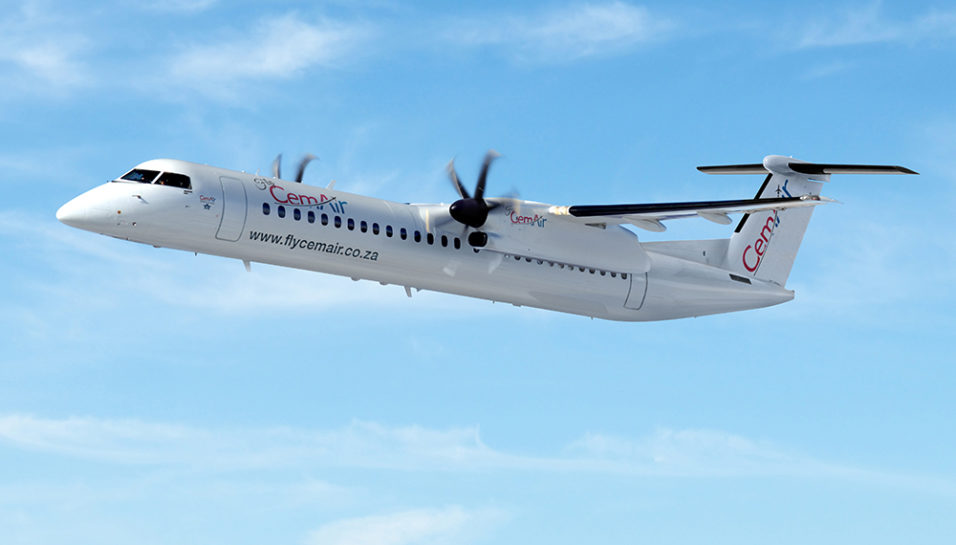 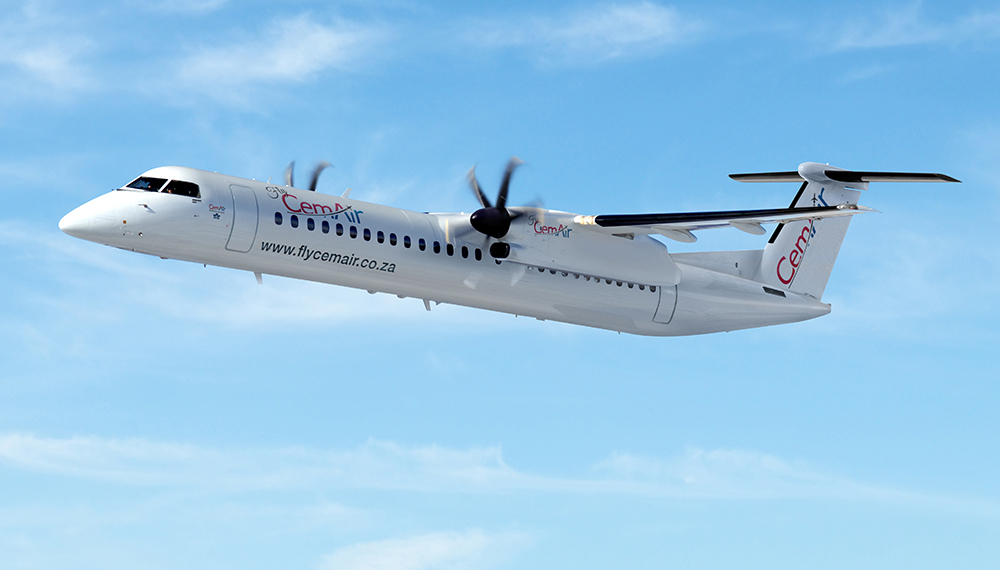 Bombardier Commercial Aircraft announced today that CemAir of South Africa has concluded a firm purchase agreement for two new Q400 turboprops, and has also signed the lease of a used Q400 aircraft that was delivered this month, paving the way for the new aircraft to be delivered afterwards.

The letter of Intent (LOI) from CemAir, which was signed on June 21 at the 2017 Paris Air Show, has now been converted into a firm order.

Based on the list price of the Q400 aircraft, the firm order is valued at approximately $66 million US.

“We are delighted that CemAir has selected the Q400 aircraft to expand its fleet”, said Jean-Paul Boutibou, Vice President, Sales, Middle-East and Africa at Bombardier Commercial Aircraft.

“The Q400 is the next natural step in the growth of CemAir’s fleet of Bombardier CRJ Series and Q Series aircraft, as it brings more flexibility to increase the capacity on key routes while their aircraft’s superior performance and unbeatable economics support CemAir’s growing market position against competitive forces. The Q400 will open several market opportunities to CemAir on domestic and future regional routes.”

“CemAir has enjoyed significant growth in the last few years and this has come from our focused approach on selecting the right aircraft for our operation”, said Miles van der Molen, CEO, CemAir.

“The Q400 is a fantastic performer especially in our environment of high altitudes and hot operating temperatures.  It is really an unbeatable turboprop that brings so many jet-like features to ensure a competitive and operational advantage in our market.  We see the Q400 as the ideal growth solution for our scheduled and charter operations as we continue to strengthen our relationship with Bombardier.  We are working to expand our scheduled operations beyond South Africa and continuing to support new opportunities across the continent.”

With these Q400 aircraft, CemAir would increase its current fleet of Bombardier aircraft to 17 – including five Q Series turboprops and 12 CRJ Series aircraft. CemAir recently added a used CRJ900 aircraft to its fleet, the first in South Africa.

Bombardier Commercial Aircraft already has a solid foothold on the African continent with upwards of 190 Q Series turboprops – including over 35 Q Series operators – and CRJ regional jets in operation or on order from customers. Over the next two decades, Africa is expected to take deliveries of 550 new aircraft, and with Bombardier’s family of aircraft, the company is well positioned to serve this growing market.

As an IOSA certified airline and a full member of IATA, CemAir operates a domestic and regional airline service in and around South Africa. The airline owns and operates a fleet of 21 regional aircraft including the Bombardier CRJ 100/200, the Bombardier Dash-8 Q300 and Dash-8 Q100 and the Beechcraft 1900D. The Company also offers flexible, value-added, short, medium or long-term leasing of these aircraft structured to include full maintenance and operational support with quality and safety oversight for a broad spectrum of regional airline carriers, aid organisations and resource companies.