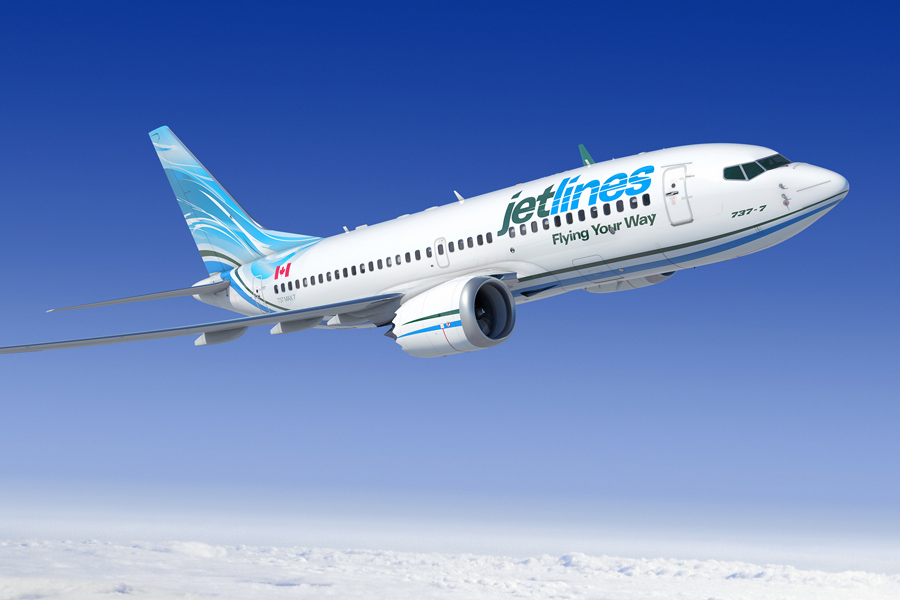 Canada Jetlines today announced that it has entered into a Letter of Intent for two Boeing 737-800NG aircraft with a major U.S. based aircraft leasing firm for delivery in April 2018.

“This agreement marks an important step in securing our aircraft fleet to become Canada’s first Ultra-Low Cost Carrier (“ULCC”). The 737-800NG is the aircraft of choice for ULCCs world-wide and will give Jetlines the ability to offer Canadians Ultra-Low Fares to points in Canada, the U.S., Mexico, and the Caribbean.”

Airline plans to operate modern Boeing 737-800NG aircraft in a 189 seat, all-coach configuration. Jetlines believes that Canadians deserve to have affordable low fares with the added convenience of operating from secondary airports. Jetlines is planning to begin ticket sales in Spring 2018 and targeting start of flight operations for Summer 2018, subject to government approval.

Gadek went on to say:

“Canadians are paying far too much for air travel and we intend to change that when we take to the skies. These aircraft are the perfect choice and will bring affordable ticket prices to Canada.”

Airline is set to become Canada’s first ultra-low cost carrier (ULCC) airline, with plans to operate flights to Canada and provide non-stop service from Canada to the United States, Mexico and the Caribbean. Jetlines is run by a board and management team with extensive experience and expertise in low-cost airlines, start-ups and capital markets. The Company was granted an unprecedented exemption from the Government of Canada that will allow it to operate domestic air services, while also having up to 49% foreign voting interests.