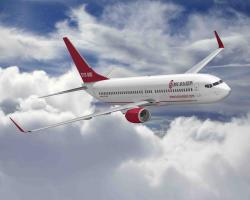 A 21.42 percent tax is levied by the Chinese authorities on the value of aircraft leased from foreign companies. By comparison, the tax on aircraft purchased from a foreign country is only 5 percent.

An official of a Chinese leasing company who asks to remain anonymous tells Asian Aviation that the approval process for bringing leased aircraft into China is complex and time-consuming.

“This will only stifle the growth of the leasing business in China,” the official said.
Most airlines find the 21.42 per cent tax too steep. Aircraft leasing is one of the key ways for airlines around the world to modernise and expand their fleets, or to plug capacity gaps while awaiting new aircraft deliveries.

“With low costs, high flexibility and many financing channels, aircraft leasing has become the practical choice for airlines,” the official says, calling on the government to reduce the tax on leased aircraft.

For a long time, China had no leasing expertise of its own, which led to the market being dominated by foreign lessor since the 1980s. “The situation has changed significantly, with Chinese leasing companies having learnt the ropes of the business and competing in the international leasing market,” the official says.

He adds that China’s civil aviation sector has tremendous potential for the country’s lessors, aviation investors and industry employees. “Chinese leasing companies are expanding their fleets and positioning themselves competitively in the international market,” the official says.

In June, ICBC Leasing signed an order for 42 Airbus A320-family aircraft, with delivery expected to be completed by 2014. The company, which currently operates 68 aircraft, plans to have 200 by then.

In 2006, Bank of China (BOC) paid US$965 million to acquire Singapore Aircraft Leasing Enterprise, renaming it BOC Aviation and becoming the first Chinese bank to enter the aircraft-leasing business.

As of March 2010, there were 12 Chinese financial leasing companies in operation. Now there are 18, with the largest by market capitalisation being CDB Leasing, ICBC Leasing and CCB Leasing.

Boeing predicts that Chinese airlines will fork out US$480 billion to buy 4,330 aircraft over the next two decades, and will remain the largest market outside the US, generating about US$5 billion in annual turnover.

According to Civil Aviation Administration of China (CAAC) Director Li Jiaxiang, the country’s civil airliner fleet will expand to between 4,800 and 5,000 aircraft by the end of the country’s twelfth Five-Year Plan, which ends in 2015. Chinese airlines now operate close to 2,000 aircraft, with about 830 leased from Chinese and foreign leasing companies.