Instructor saves the day in jet/microlight near miss 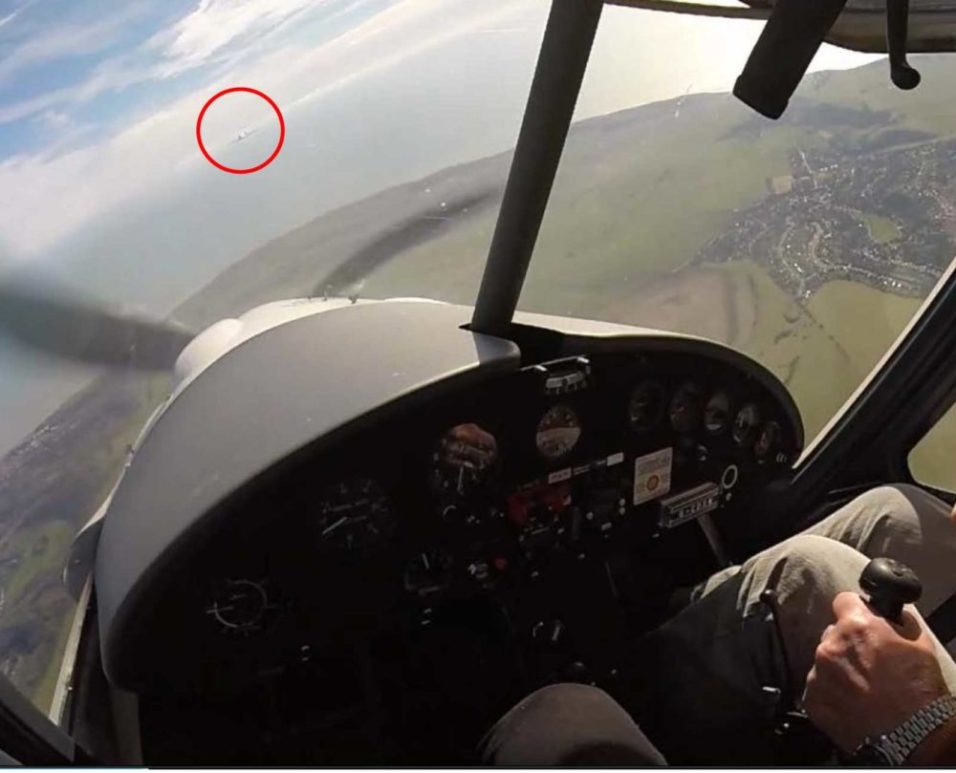 Would you have spotted this fast-moving private jet coming towards you? Would you have reacted quickly enough to avoid a possible collision?

Thankfully, the flying instructor taking a student pilot through a lesson on stalls was keeping a good look-out, spotted the Cessna Citation and immediately executed a steep turn in the little Ikarus C42 microlight to avoid the jet.

The incident happened near Beachy Head on the south coast in VFR conditions. Afterwards, after “calming the student”, the instructor tuned the radio to Farnborough LARS East and heard an aircraft changing frequency to Biggin Hill. He reported an Airprox and returned to the scene to squawk 1732 for Farnborough to identify the area before continuing the lesson at a lower altitude. He assessed the risk of collision as ‘High’.

The Citation jet pilot said he had left controlled airspace routing towards Mayfield. He did not see the other aircraft and had no TCAS warning.

The Airprox Board began by discussing the actions of the Swanwick [air traffic] controller in releasing the Citation jet to London Information whilst still inside controlled airspace. NATS representatives agreed this was not normal practice and that aircraft were usually only released when closer to the boundary of controlled airspace and about to enter Class G airspace.

Turning to the C42 pilot, members commended him for maintaining a robust lookout whilst conducting his instructional task.

The Board then considered the cause and risk. They agreed that the early release of the Citation from controlled airspace had not directly contributed to this Airprox but noted that, had the C525 pilot maintained in controlled airspace for longer, then he would likely have been transferred directly to a radar unit rather than through London FIS. A contributory factor that the C525 pilot had not been alerted to the C42’s presence by his TCAS equipment (the C42 had been squawking 7000).

Turning to the risk, members agreed that because the Citation pilot had not seen the C42, and that the C42 pilot had only seen the C525 late and had only been able to turn to avoid it at the very last minute, there had been a serious risk of collision where providence had played a major part; accordingly, the Board assessed the risk as Category A.

The Board concluded that the key factors had been that: