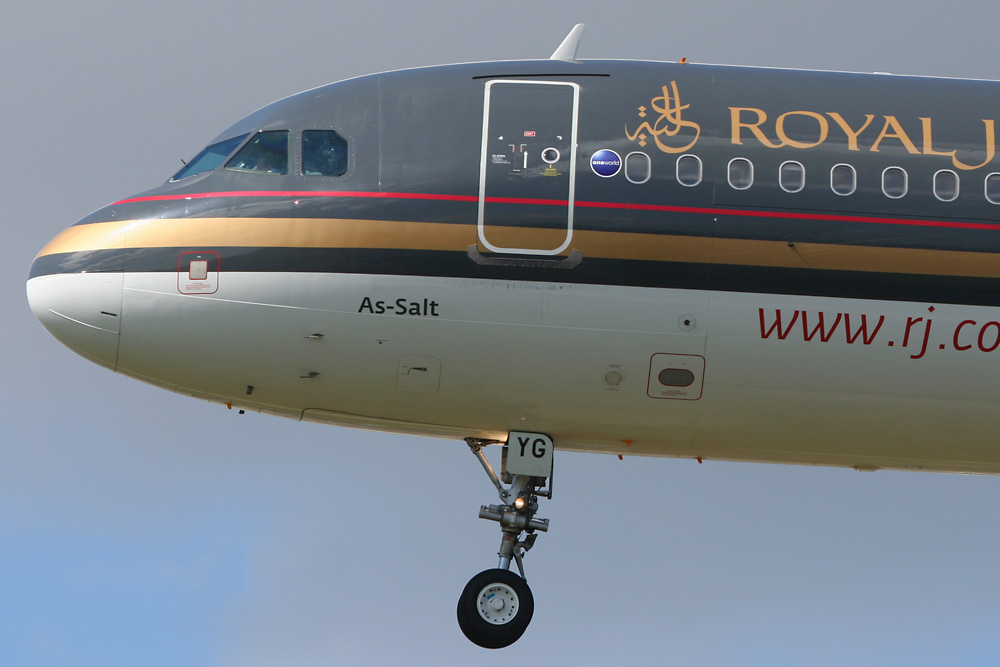 The three airplanes are wet-leased, a common practice taken by global airlines to meet the need to increase their aircraft capacity whereby the lessor provides the aircraft and the crew. As per the terms of the wet lease, the lessor’s logo and livery are maintained due to the limited leasing period.

Two of the aircraft are A319s, leased from the Pakistani Shaheen Air that will operate as part of the Royal Jordanian fleet between June 6 and September 6, 2018. The all-economy aircraft seat 149 passengers.

The third plane is a Boeing 737-300 that Royal Jordanian leased from the South African Star Air; it will operate in the fleet between June 6, 2018 and the end of this year. The 126-seat aircraft has a two-class configuration with seating capacity of 114 in the Economy and 12 in the Business Class.

Royal Jordanian President and Chief Executive Officer Stefan Pichler said: “We are keen to meet the high demand for travel during this summer season, thus bringing more aircraft into our fleet, dedicated to serve short- to medium-haul routes along with RJ’s current airliners. The three wet-leased aircraft, different in design and configuration, comply with the highest international service and technical standards.”

He added that passengers on board these aircraft will enjoy the same service the Jordanian airline offers onboard its fleet.

“We are witnessing a noticeable growth in the number of passengers during the summer season each year. We feel compelled to increase the number of scheduled flights, and operate extra and charter flights, as well as wet lease planes temporarily to cope with the high demand on air transportation between Jordan and the world during the holiday seasons, and to support tourism to the Kingdom.”