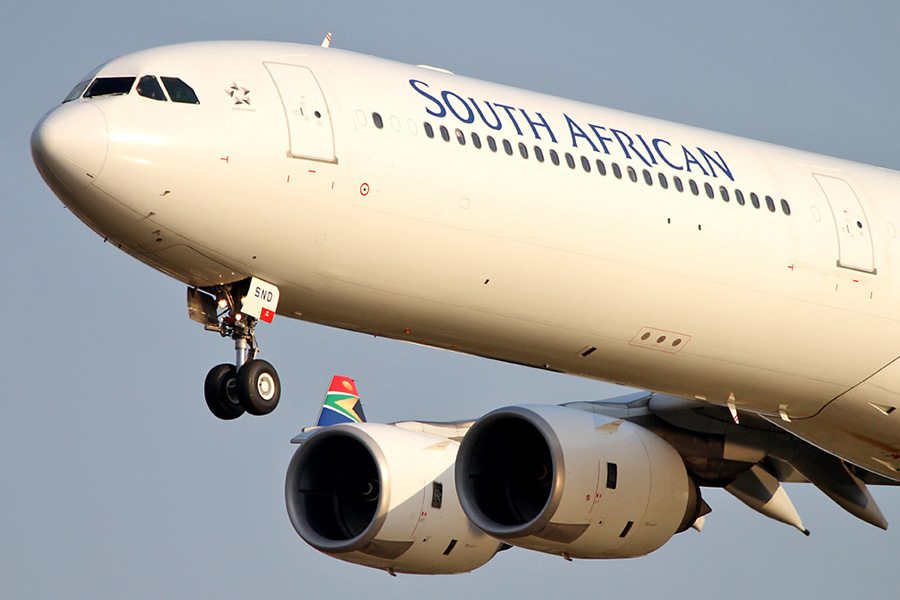 South African Airways has uncovered discrepancies relating to the Airline Transport Pilot License (ATPL) of one of its former pilots following an investigation into an incident involving one flight to Germany late last year.

The pilot has since resigned and the airline has laid criminal charges against him and will seek to recover millions of Rand unduly expended and offered as a reward to him on the strength of representations he made to the airline.

On 6 November 2018, en route to Frankfurt, Germany, flight SA260, which operated on an Airbus A340-600 aircraft, encountered an atmospheric disturbance at high altitude over the Swiss Alps. The disturbance put the aircraft into an over-speed condition. A recovery maneuver was performed to regain stable flying conditions. The aircraft landed safely in Frankfurt without injury or damage and was escorted to its parking bay by the emergency services.

The aircraft was found to be airworthy, loaded within weight and balance limits and all maintenance checks were up-to-date.

South African Airways’ safety procedures dictate that the crew involved in a reportable incident of this nature be grounded and be subjected to a thorough and comprehensive assessment and re-evaluation. There are three concurrent investigations into the circumstances of the SA260 incident by SAA, the South African Civil Aviation Authority (SACAA) and the German authorities.

During the course of its investigation into the incident, the airline uncovered that one of the pilots, a Senior First Officer who had operated that flight, had made false representations to the airline and claimed that he was qualified and had an Airline Transport Pilot License. He only had a Commercial Pilot License.

“We take note that at no point did the alleged fraudulent license present any safety risk to the operation as the pilot in question was in possession of a valid Commercial Pilot License (CPL) and was the monitoring pilot and not the commander of the aircraft. The pilot had successfully completed all required safety training. However, we find it disconcerting that misrepresentations were made about the type of license that the pilot claimed to possess,” said South African Airways Spokesperson, Tlali Tlali.

The Commercial Pilot Licence allows pilots to operate a Commercial Airliner and the Senior First Officer concerned had successfully completed all the training required of him throughout his time at South African Airways.

He was promoted and remunerated at a higher scale on the basis of his misrepresentation that he was in possession of an ATPL.

“South African Airways has suffered actual financial prejudice and has opened a criminal case of fraud against that pilot. Necessary steps will be taken to recover the money unduly paid to him. These include salary, overtime and allowances,” commented Tlali.

The ATPL process is administered by the SACAA as the examining authority. The current practice is that a pilot who has passed the ATPL examinations would bring the certificate to the airline for processing. “We have now changed the procedure such that we will obtain results and certificates from the examining authority and in the case of ATPL the SACAA,” the airline added.

“We have submitted all our pilots’ licensing files to the SACAA for verification and audit. On the basis of a sample that has been selected for audit, the SACAA has indicated that the verification process is progressing well and no irregularities were identified to date,” concluded Tlali.